Over the past 17 years, Kappa Psi Omega has awarded thousands of dollars in scholarships to deserving area minority high school seniors.

Kappa Psi Omega Chapter is governed by the Constitution and ByLaws of Alpha Kappa Alpha Sorority, Inc. We elect officers biennally through a democratic process of nomination and one member one vote. Each of our officers is an active, engaged member of our local chapter, the region, and international programs.
Meet our officers.

Committees
To fulfill our mission members participate in a variety of committees both operational and programmatic.

We are a not-for-profit organization and welcome financial and volunteer support. If you would like to support us, please check out the Support Us page for more information.

Check out our Events page to find out what events we will be organizing in the near future. 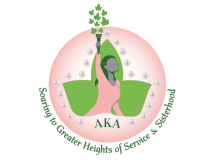